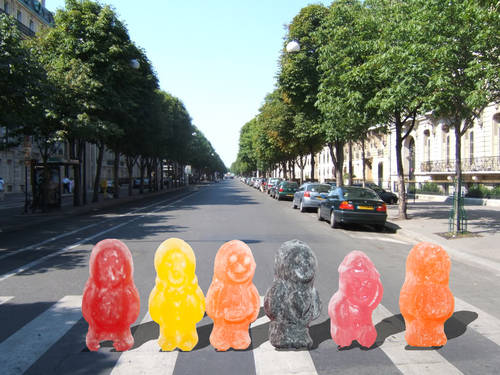 Jelly Babies – Centuries in the Making!

Jelly Babies have been around for a very long time – for more than 150 years!

They were invented in 1864 by an Austrian immigrant working at Fryers of Lancanshire. After the First World War, Bassets produced the sweets as ‘Peace Babies’ to mark the end of the conflict. During World War II, production came to a halt due to wartime shortages. In 1953, the sweet was relaunched as ‘Jelly Babies’.

Jelly babies are similar in appearance to gummi bears, which are better known outside the United Kingdom, though the texture is different.

Random Fact: Fans of the Beatles used to apparently pelt the band with them, after it was revealed that they were a favourite snack of George Harrison.

Jelly Babies and many of your other favourite sweets could be part of your candy cart order. To see how we can develop a stunning candy cart display for your next event, please get in touch with us on 086 1036259 or email hello@candycarthire.ie

Weddings Ireland Services. Registered in Dublin, Ireland under No. 589573.